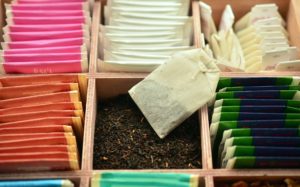 When it comes to a cuppa, it seems the builder’s variety just isn’t young Brits’ bag.

Research by market research company Mintel has revealed that 37% of Brits aged between 25 and 34 had tried 5-6 different types of tea at home or in the workplace over one month, compared with just 3% of Brits aged over 55.

And younger Brits are the most likely to drink every variety of tea tracked by Mintel. While 74% of those aged between 25 and 34 drink standard black tea, 51% drink fruit tea or herbal/spice tea, 52% drink green tea, 50% drink speciality black tea and 34% drink instant tea.

In contrast, when considering overall interest in tea varieties, while 70% of Brits drink standard black tea, less than two in five drink fruit tea or herbal/spice tea (36%), green tea (34%) or speciality black tea (34%), and less than one in five (17%) drink instant tea.

Mintel food and drink analyst Anita Winther said: “Consumers aged between 25 and 34 have the widest repertoire of tea, which is reflective of this age group typically having a more adventurous attitude towards food and drink, with a greater tendency to seek out new foods and flavours to try.”

Younger consumers are also keen to take a more experimental approach to tea. Two in five (40%) Brits aged between 16 and 34 who drink tea or other hot drinks say that they would be interested in knowing more about how to pair tea with savoury food, compared with a UK average of 28%.

Anita commented: “While there is a long history of pairing tea with sweet food in the West, Eastern cultures have more traditions when it comes to drinking tea with savoury foods.

“But there have been moves to spark interest around the latter in the West. Unlocking savoury usage occasions for tea could help to combat the falling sales.”

She noted that while younger consumers exhibit an enthusiastic approach to tea, overall tea sales in the UK are in hot water. Sales of tea fell by 5% in 2016 to 77 million kg and are estimated to slide by a further 3% in 2017 to 75 million kg. The market is forecast to fall by 13% over the next five years to 65 million kg in 2022.

Mintel said: ‘It seems that a coffee pot may be more fitting for the older generation.’ While older consumers are still the most frequent tea drinkers, 52% of those aged over 55 drink standard black tea once a day or less. Among this group, over half (55%) say they do not drink tea more often as they prefer the taste of coffee.”

Anita concluded: “Tea remains under pressure from a barrage of competition from other drinks. While coffee has successfully injected connoisseur, indulgent and on-trend elements to the category, tea continues to struggle to deliver the same experience.

“This poses a marked threat to the category. Where tea has failed to establish itself as a menu staple for younger adults, it is likely to struggle to gain ground in their drinks repertoires later on.”