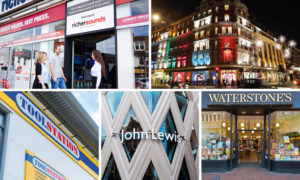 Toolstation and Richer Sounds have been named the highest ranking shops in the UK in 2017, according to an annual survey of shoppers.

In January, consumer watchdog Which? asked 10,214 members of the public about their previous six months’ in-store shopping experiences at 100 major retailers.

Questions covered overall experience and shopping for different products. Scores were given based on satisfaction and the likelihood of recommending each shop.

DIY multiple Toolstation is joint-top for the second year running (having shared first place with department store group John Lewis in 2016), while electricals chain Richer Sounds is in the number one spot after coming joint third last year.

Specialist housewares chain Lakeland, homeware giants IKEA and Dunelm, and department store group Fenwick also made it into the top 20.

Richard Headland, editor of ‘Which?’ magazine, said: “The best retailers continue to strike the right balance by selling quality products at reasonable prices. It’s a simple formula, but that’s why they consistently score well with shoppers in the Which? survey.”