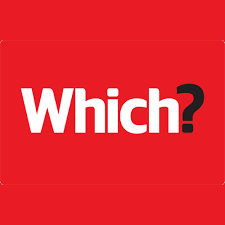 Consumer watchdog Which? has revealed the winners of the 2017 Which? Awards.

At a ceremony held in London on May 17, which was jointly hosted by Which? chief executive Peter Vicary-Smith and TV presenter Natasha Kaplinsky, Which? celebrated businesses across a range of sectors from retailers and home appliances to banks.

This year, Marks & Spencer ended a run of success for rivals Aldi and Waitrose to win the battle of the supermarkets and was crowned ‘Which? Supermarket of the Year 2017’. Toolstation was once again named ‘Which? Retailer of the Year 2017’, beating John Lewis, Richer Sounds, allbeauty and Apple.

The 2017 ‘Which? Banking Brand of the Year’ was awarded to Nationwide; with LV= taking the honours in the insurance category. Continuing the trend of smaller providers achieving accolades, Utility Warehouse won the Telecom Services Provider award.

The Which? Awards also recognised the exceptional standards of brands whose products consistently perform highly when tested by the independent Which? research teams. This year Miele, Samsung and Apple triumphed in the Home Appliance, Sound & Vision and Computing & Mobile categories respectively.

In addition, Which? acknowledged businesses that have achieved positive change. The ‘Which? Positive Change Award’ was given to Sharon White, chief executive of Ofcom, in appreciation of the progress that the regulator has made over the past two years in ‘putting consumers at the heart of its agenda, working to improve products and services across the telecoms industry’.

Peter said: “Consumers should be at the heart of every business. Brands that deliver excellent products and services for their customers deserve to be recognised and rewarded.

“The list of winners honours the commitment of those businesses that strive to meet the expectations of consumers and go above and beyond to respond to their needs.”

Which? Retailer of the Year 2017: Toolstation

Which? said: ‘A range of very different companies were in the running for the best retailer award, but last year’s winner Toolstation once again emerged victorious.

‘The company, which sells a vast array of DIY and decorating equipment, not only impressed our retail experts but achieved the best customer score in our high street shops survey and came third in our rankings of online shops.

‘Toolstation is a Which? Recommended Provider in our DIY and decorating category and, despite expanding rapidly over the past 12 months, has continued to maintain its very high standards.

‘The customer service that its staff provide is regularly praised and the company received a five star rating for its in-store prices.’

Which? Supermarket of the Year 2017: Marks & Spencer

Which? said: ‘The battle to be crowned Britain’s best supermarket has a new champion. It has see-sawed between Waitrose and Aldi over the past few years, but Marks & Spencer has scooped up this award for 2017.

‘Its Simply Food shops got the highest score in our convenience stores survey and M&S came second in our in-store supermarkets rankings, improving its customer score from 2016.

‘Prices may be high, but customers said they love M&S food and its regular ‘Dine In’ offers, where you can get a meal for two for £10. Our experts agreed, rating eight of the 15 M&S

own-brand products that we reviewed over the past year as Best Buys – no other supermarket came close to matching this.’

Which? Home Appliance Brand of the Year 2017: Miele

Which? said: ‘Miele is our standout domestic appliance manufacturer for the third year running. It makes a huge range of different home appliances, from washing machines to ovens, and more than half of the models that we’ve tested are Best Buys. Even more remarkably, that number goes up to 69% for models tested in the past year.

‘Miele produces the best dishwasher and washer-dryer that we’ve reviewed and also received the highest average customer score across all of its product categories. And our reliability analysis shows that its products won’t let you down either.’

Which? Banking Brand of the Year 2017: Nationwide

Which? Insurance Provider of the Year 2017: LV=

Which? Computing & Mobile Brand of the Year 2017: Apple

Which? Telecom Services Provider of the Year 2017: Utility Warehouse

Which? Travel Brand of the Year 2017: Riviera Travel

Which? Trusted Trader of the Year 2017: Homeglaze Home Improvements Ltd