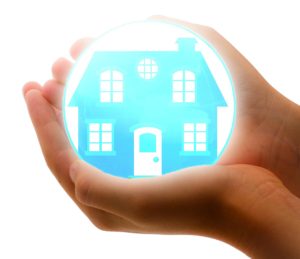 Three-quarters of Brits hate staying at other people’s houses, according to new study.

The survey of 5,000 adults by electrical retailer Currys PC World reveals that we are a nation of homebirds, who would much rather stay in the familiarity and comfort of our own abode than stopover with friends or family.

The poll shows that 76% of Brits would rather pay for a hotel for the night than descend on relatives or friends. 42% admitted that they feel uncomfortable sleeping in strange beds, a fifth revealed they don’t like showering in other people’s bathrooms, and one in ten confessed to being a “bag of nerves” the whole time.

Having to change WiFi settings on your phone and not being able to work other people’s TVs and sound systems also emerged as reasons why we prefer being at home. Having to drink different milk, not having a power shower and having a useless hairdryer were other – slightly more unusual – gripes that the study exposed.

Currys PC World brand and communications director Matt Walburn said: “Brits really are creatures of habit. Staying away from home can be a big deal for some and having to fit in with another family’s ways can be an inconvenience.

“Technology seems to be a major bone of contention when staying at someone else’s house – whether it’s missing your favourite TV channels, a poor phone signal or not having access to WiFi.”

Relatives you barely know and in-laws were voted as the worst people to stay overnight with, but 15% cited their boss or colleagues. Six in ten voted their parents’ house as the only place where they don’t mind sleeping over, because they count it as their second home.

Of the 5,000 adults questioned, 59% said they hate hosting an overnight guest, mainly because they don’t like having their privacy invaded.

But 21% said they begrudge making small talk, more than a third grumbled that they feel obliged to tidy the house when people stay and 15% get annoyed by all the extra laundry that needs to be done when entertaining guests overnight.

16% dislike it when visitors hog the TV and one in 10 resents them ‘crowding’ their WiFi. Nearly a quarter feel that guests overstep the mark when they help themselves to food from the fridge.

REASONS WHY BRITS HATE STAYING AT OTHER PEOPLE’S HOUSES: