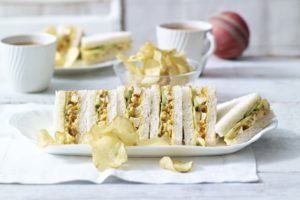 Total sales excluding fuel were up 3.4% for Waitrose last week (to Saturday September 2) against last year.

The supermarket chain’s retail director Ben Stimson attributed the performance in part to a promotion offering 25% off all wine and champagne (three bottles or more).

Ben added that sunshine at the start of the week contributed to sales of children’s lollies increasing by 16%, sun cream by 27% and sandwiches by 5%.

Waitrose vegetable buyer Tom Moore said: “We know our customers love an alternative to traditional carbs, particularly when they’re made entirely of fresh vegetables or are a tad unusual. Celeriac rice adds a deliciously subtle nutty flavour to a dish and keeps its shape beautifully during cooking.”