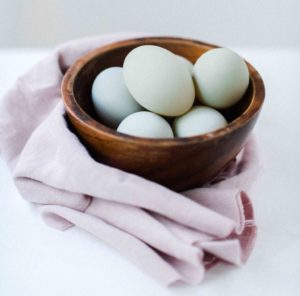 Waitrose has extended its speciality eggs range to include Cornish Blue duck eggs, available exclusively at the supermarket chain.

The debut of these greenish-blue shelled eggs – which are from wild mallard ducks on Cornish farms – follows growing demand for speciality eggs at the retailer, which has seen a 30% increase in annual sales across the range.

Waitrose said: ‘Duck eggs have previously been rated by celebrity cooks Jamie Oliver and Mary Berry as great to use when baking. They boast a higher fat content in the yolk and more protein in the whites than a traditional hen’s egg, allowing for richer and fluffier cakes.’

The grocery multiple claims to stock the largest selection of rare breed eggs on UK supermarket shelves, from quail’s eggs to pheasant eggs, emu eggs and even a giant ostrich egg, which is 24 times the size of the average hen’s egg.

Cornish Blue duck eggs are available in selected Waitrose branches from now until mid-June, priced at £2.75 for a pack of six.