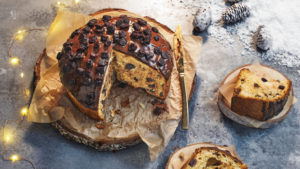 The supermarket chain’s IT director Mike Sackman said: “Customers’ Christmas preparations are well under way, with sales of chocolate selection boxes rising by 22%.

“Additionally, sales of Panettone and Christmas crackers, which were both on a half-price promotion, were up 55% and 14% respectively. Game, including pheasant and partridge, had a particularly strong week of sales too, up 40% on last year.”

He added that the new Heston from Waitrose Citrus Sherbet Lazy Gin (see separate story) “saw excellent sales in its first few days on shelf”, contributing to a 7.5% increase in overall spirits sales.

The wider Heston from Waitrose range will be on a 25% off promotion for a week from today (Wednesday November 22).

Waitrose has 352 shops in England, Scotland, Wales and the Channel Islands, including 65 convenience branches, and another 27 shops at Welcome Break locations.