20th November 2018 News Comments Off on Waitrose launches a new spirit and gets set to open a new store 1,748 Views 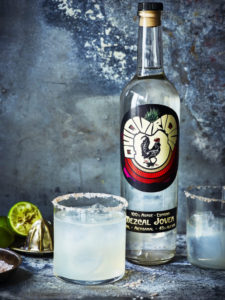 Total sales at Waitrose excluding fuel were down 1.5% last week (to Saturday November 17) compared with the equivalent week last year.

The supermarket chain’s commercial director Rupert Thomas said popular food and drink over the period included Christmas bakery products, along with its specialty beers range and mixers for drinks.

He noted: “On Thursday we launched the new vintage of Beaujolais Nouveau – always traditionally released on the third Thursday in November. We also launched a new spirit last week – Mezcal – on to WaitroseCellar.com. Tipped as the hottest spirits trend of the year, Mezcal is the ‘parent spirit’ of tequila, and is already a popular addition to bar menus in cities across the country.”

Mezcal is made from the agave plant, which is native to Mexico. The retailer said: ‘Mezcal is a bartender’s favourite thanks to its smoky flavour and both sweet and savoury notes, which work well in a number of cocktails including margaritas and negronis – but it is not yet widely available in supermarkets in the UK.’

The QuiQuiRiQui Mezcal (£37.50) launched exclusively online at WaitroseCellar.com on November 12 and the company predicts it will be the ‘must-have drink for home mixologists, looking to recreate the latest cocktail trends at home’. It claims there has been a 48% increase in Mezcal cocktail-related searches on Google in the last year, according to Google Search Trends.

Rupert added: “This week our Evesham shop will open its doors on Thursday (December 22) in Worcestershire. The store has created 100 jobs in the area, including supermarket assistants and hospitality roles.”