26th May 2017 News Comments Off on Waitrose exports premium range to India and China 2,765 Views 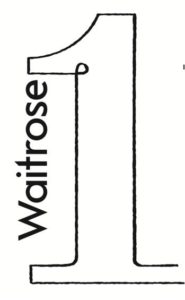 Waitrose has marked the first anniversary of its ‘Waitrose 1′ premium range by exporting it to India and China.

The grocery chain now exports ‘Waitrose 1’ to more than 30 overseas territories since its launch last May including Hong Kong, Singapore, Thailand, Brunei, the Caribbean and the UAE.

Waitrose began exporting to China in April 2016 after reaching an agreement to sell products online. It was the first time that the UK supermarket had exported to a country via a website platform only. Waitrose products are sold exclusively through the Royal Mail store on Tmall Global, an online marketplace operated by Alibaba Group.

Shoppers in China have already been introduced to sub-brands ‘Waitrose Duchy Organic’ and ‘essential Waitrose’. Now ‘Waitrose 1’ chocolates and shortbread have been added to the list.

The multiple is also exporting ‘Waitrose 1’ sloe gin and mince pies to the Cayman Islands and ice cream and salted caramel profiteroles to Barbados.

Waitrose business manager, international, Daniel Armstrong said: “‘Waitrose 1’ has quickly become one of our most ‘in demand’ ranges, with its quality and provenance really appealing to the international market.

“We expect it to only continue gathering momentum, especially in both India and China, where our products are establishing a growing reputation.”

‘Waitrose 1’ initially offered 500 products which quickly increased to more than 800 with seasonal additions throughout the year, making it the supermarket’s biggest own brand launch since ‘essential Waitrose’ in 2009.

Avocado, smoked salmon and champagne truffles are some of the most popular ‘Waitrose 1’ products.

‘Waitrose 1’ brand manager Clare Bartlett commented: “Waitrose 1 has seen the introduction of some great trend led products and it’s been a real hit. From Colombian coffee to Indian Ocean Dark Chocolate, this range has been developed using some the best ingredients. We are continuing to bring product innovation to the range with an additional 60 product launches this year.”