Visitor numbers up 10% for Exclusively Shows 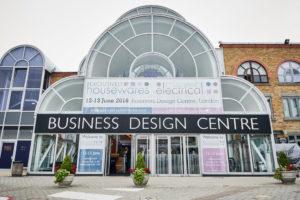 Visitor numbers were up by 10% for the Exclusively Shows, according to organiser Brooke House Exhibitions.

The co-located events – Exclusively Housewares and Exclusively Electrical – were held at London’s Business Design Centre on June 12 and 13,

The organiser said it was “delighted” with the mix and quality of retailers that attended, which included “many new retailers who are championing new and evolving routes to market, alongside large respected high street names and independents from all corners of the UK”.

Visitors viewed the wares of a total of 149 exhibitors (129 for Exclusively Housewares and 20 for Exclusively Electrical) including 32 companies making their debut at the Shows.

New initiatives for the Shows for 2018 included a partnership with bira (British Independent Retailers Association) which took a stand at the show for the first time and introduced several incentives for its members.

These included tickets to the Exclusively evening party, with the added bonus of a hotel stay in London, and the ‘bira bonus’: members were given a £100 voucher that could be used towards an order with a minimum value of £300 (net vat) made with an exhibitor who is supplier of bira’s buying group bira Direct. The scheme was taken up by 50 members, who placed orders with suppliers in excess of £30,000.

Bira national membership manager Julie Holden commented: “It was great to be part of Exclusively this year. We know from attending other trade events that our members really value the chance to visit us while they are out and about doing their buying. And with so many suppliers from our buying group at the show, it was a perfect opportunity to showcase how bira Direct can help to simplify the invoicing process, and unlock preferential terms.

“We received visits to the bira stand from existing members who wanted to check the full list of suppliers, and learn about our newest service partners and how they can make the most of their membership. We were also approached by retailers who hadn’t previously heard of bira.”

Another new initiative was a partnership with buying group Sirius, which held a convention for its members on the first day of the show. Sirius represents 162 members and 250 independent retail outlets that stock home appliances, with a collective trade purchasing power of more than £100 million.

Brooke House Exhibitions said: “Having wanted to run a UK convention for some time, Sirius saw this as the ideal place. The result was an increasing number of retailers visiting the Exclusively Shows, 90% of which were new to the event.”

Another returning feature was The Brand Showcase, which was launched last year. Billed as a mini exhibition space in its own right where journalists are invited to see products in one space, 2018 saw the number of participating brands double in number. A record number of journalists and bloggers attended including representatives from publications ‘Ideal Home’, ‘Good Housekeeping’, ‘Stylist’, ‘House Beautiful’, ‘Sainsburys Magazine’, ‘Delicious’, ‘My Weekly’, ‘Take a Break’, ‘Closer’, ‘Daily Mail’, ‘Wedding Ideas’, ‘Woman & Home,’ ‘Daily Express’, ‘Metro’, ‘Bella’ and The Lady’.

Also back this year was the Trend Display area. This product display was curated by Scarlet Opus, who searched exhibitors’ portfolios to select ‘must have’ products which it believes ‘reflect and meet the future wants needs and desires of consumers’.

Another attraction was a special appearance by celebrity Fearne Cotton, who visited Swan Products’ stand to launch her new Fearne By Swan Kitchenware & Cookware Collection.

The Exclusively Shows are owned and organised by Brooke House Exhibitions on behalf of BHETA. The 2019 event will be held at the same event on June 11 and June 12.