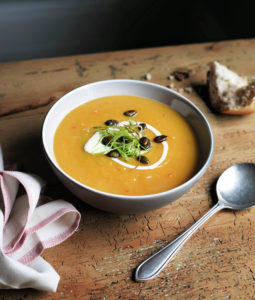 Cold weather foods drove many in-store and online purchases for Waitrose last week (to Saturday July 22), as the trading period compared against the hottest week of the year in 2016.

Last week Waitrose announced that it will be selling North Sea Cod again for the first time in 18 years. The grocer was one of the first to stop selling UK cod nearly two decades ago over concerns about declining stocks.

But six Scottish and 50 English branches of Waitrose will now sell skinless fillets of North Sea cod with the Marine Stewardship Council (MSC) ‘blue tick’ label, signifying that the fish has reached the MSC standard for sustainable and well-managed fishing.

The retailer has also announced a tie-up with the Marine Conservation Society to fight plastic beach pollution. Waitrose and the charity aim to get more people than ever before involved in a series of events to clean and record litter from England’s beaches and rivers.