US housewares veterans to be honoured at Chicago show

26th January 2018 News Comments Off on US housewares veterans to be honoured at Chicago show 1,641 Views 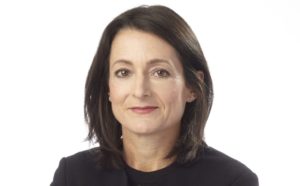 Three American housewares veterans will be honoured for their philanthropic endeavours during the 2018 International Home + Housewares Show in Chicago in March.

Shelley will receive the Lifetime Humanitarian Award. She leads Amazon’s Home businesses, including Home, Kitchen and Furniture as well as the Pets and Toys categories and Amazon’s Fabric.com subsidiary.

Bill will receive the Humanitarian of the Year Award. He is senior vice president at Dillard’s, a US department store chain with 330 stores in 29 states, headquartered in Little Rock, Arkansas.

Georg will receive the Lifetime Achievement Award. He  is the 10th-generation owner of Riedel, the Austrian supplier of fine crystal glassware. The family business has a market presence in 125 countries.

Proceeds from the gala will benefit the Breast Cancer Research Foundation, the HCF’s legacy charity. Since the first gala in 1998, HCF has raised more than $49 million and has been credited with donating more than $28 million to the charity.

The co-chairs of the 2018 event are Phil Brandl, president and ceo of the International Housewares Association, and Herb Landsman, senior vice president of merchandising at TJX Companies.

The 2018 theme, ‘Unite, Celebrate, Support’, reflects the philosophy and mission of the HCF, which brings the housewares industry together to unite and promote its philanthropic image, raises funds for charities and celebrate the honorees who are selected for their humanitarian support and exceptional leadership.