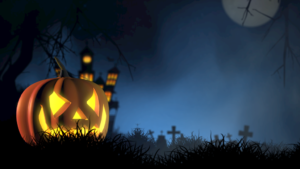 This represents slower growth than previous years, as consumers attempt to cut back on discretionary purchases, according to GlobalData.

The Halloween clothing sector is expected to show the strongest year-on-year growth of 3.1%, as retailers adapt their ranges to create Halloween fashion.

But spend on Halloween decorations and entertainment is set to decline, as discounters increase their market share, customer reach and Halloween assortment, encouraging consumers to trade down.

Eleanor Parr, retail analyst at GlobalData, said: “There has been an increase in retailers that do not traditionally sell Halloween goods entering the market, in an attempt to drive spend, as trading conditions for retailers become increasingly challenging.”

She said ASDA was the most popular retailer for Halloween in 2016, noting that the supermarket chain’s “value offering has ensured its success, with parents relishing the convenience of picking up low-priced Halloween products at the same time as their weekly shop”.

However, she noted that the grocer has lost market share, sales and footfall to competitors Aldi and Lidl over the past five years, challenging its position as the number one retailer for Halloween shopping.

ASDA also faces increasing competition from non-food discounters B&M, Home Bargains and Poundland. These discounters “have improved their Halloween assortments this year, offering similar products to the grocers but at more competitive prices,” she said.

The disposable nature of Halloween goods, coupled with tightened consumer budgets, means many shoppers are eager to trade down.

Netflix TV show ‘Stranger Things’ has had a cult following since its release last year and consequently is 2017’s most fashionable Halloween fancy dress theme. Fashion chain Topshop has capitalised on the hype around ‘Stranger Things’ series two, which was released last Friday (October 27), teaming up with Netflix to sell an exclusive ‘Stranger Things’ clothing collection. The retailer is also drawing ‘Stranger Things’ superfans by creating a ‘Stranger Things’-inspired world in its flagship Oxford Street branch and offering shoppers a chance to win tickets to watch the premier of the series in-store.

Eleanor commented: “Topshop is using retail theatre and exclusive products to stand out in the increasingly competitive Halloween clothing market.”