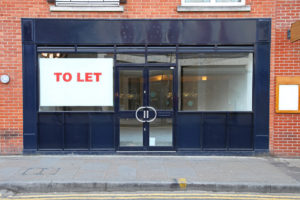 The national town centre vacancy rate was 10.2% in April – a further increase on the previous quarter rate of 9.9% and the highest since April 2015, according to the British Retail Consortium (BRC)-Springboard Footfall and Vacancies Monitor covering the four weeks from March 31 to April 27.

BRC chief executive Helen Dickinson OBE commented: “With regular reports of shop closures, it may come as no surprise that town centre vacancy rates rose to their highest level in four years.

“Empty shopfronts, particularly for larger stores, can deter shoppers from an area, decreasing footfall for all those around. This effect can be cyclical, with the long-term decline in footfall pushing up vacancy rates, particularly in poorer areas.

“Furthermore, the cumulative impact of government policy costs – from spiralling business rates to the Apprenticeship Levy and more – have also made physical space less cost-effective.

“For many retailers, business rates remain the single biggest tax imposed by government. They are a levy on physical space that is paid in full, regardless of whether a firm is in profit or in loss. Importantly, they are also borne disproportionately by retailers who represent 5% of the economy yet pay 25% of all business rates.

“If the government is serious about reversing the decline on our high streets, then reforming the broken business rates system would be an essential first step.”