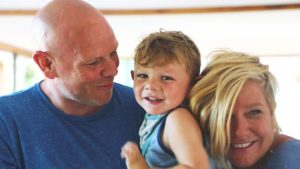 Over 12 weeks, Tom will guide his volunteers through a Six Step Plan across six episodes to help them press the restart button on their relationship with food.

With busy lifestyles, some of Tom’s families don’t cook at all, choosing convenience food and takeaways over fresh produce. In each episode, Tom sets the families a series of challenges designed to make them think about food in a new way. He helps them to plan weekly meals and shares his shopping list tricks, as well as demonstrating his simple recipes first-hand.

The families then have their health, fitness and happiness monitored by Tom, who measures the changes taking effect.