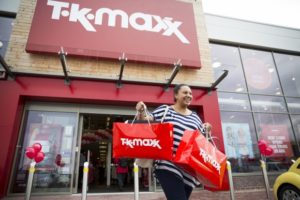 TK Maxx has wrapped up a deal to introduce more independent British gifts to its stores.

The retailer has collaborated with the Giftware Association (GA) and The Great British Exchange to provide a platform for home, food and drink products from British producers.

Based in Harrogate, The Great British Exchange is a members only, B2B marketplace for trade buyers of British-made products.

Keir Hayter, national account manager of The Great British Exchange, said: “This initiative is designed to promote some of the most exciting British brands and offer TK Maxx customers something that is really new and different. We have enjoyed working with the buyers to provide the support needed to turn this project around within just a few months.”

GA ceo Sarah Ward commented: “We’re delighted that a major retailer like TK Maxx has recognised the potential in the UK giftware market and we’re grateful to The Great British Exchange for their support with sourcing, logistics and bringing everything together within such a tight timeframe. The range and quality of British giftware that has been considered and selected during this process proves just how much talent exists amongst our members.”

TK Maxx is a leading European homeware and fashion retailer selling products at up to 60% less than RRP. It launched in the UK in 1994 and now has over 300 stores across the country.