The Housewares Innovation Awards wins its own award!

22nd May 2017 News Comments Off on The Housewares Innovation Awards wins its own award! 1,220 Views 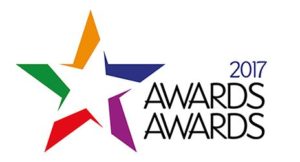 The Housewares Innovation Awards is the bronze winner of the ‘Best Awards held alongside a Conference or Exhibition’ category of the inaugural 2017 Awards Awards.

The bronze accolade was for our 2016 event, which was held in Birmingham during Spring Fair. It was organised by Datateam Business Media, which owns Housewares Magazine and its digital partner www.HousewaresLive.net, in conjunction with Spring Fair.

The news was announced at a ceremony on May 12 at Plaisterers’ Hall in the City of London.

Commenting on the achievement, Spring Fair portfolio director Nick Davison said: This is a well-deserved accolade for an event that has gone from strength to strength since moving alongside Spring Fair in 2016.

“We enjoy a close, mutually beneficial, relationship with the organiser as the awards’ attendees are also important Spring Fair visitors. We look forward to supporting further growth in 2018 and beyond.”

Event manager Laurie Marrington added: “Winning a bronze award at the Awards Awards 2017 just goes to show that all of the hard work and dedication poured into The Housewares Innovation Awards has paid off – resulting in the industry noticing and applauding everything that we have achieved. Receiving such a prestigious award is an accomplishment that lets the sector know the Housewares Innovation Awards are both valued and esteemed.”

The Housewares Innovation Awards 2018 will take place on the evening of Monday February 5 at The National Motorcycle Museum in Birmingham, during the Spring Fair at the NEC.

*The gold winner was charity Macmillan Cancer Support for its Macmillan Volunteer Conference and Awards, while the Silver prize was scooped by we.CONECT Global Leaders for its Intra.NET Reloaded Berlin event.

Tweets by HousewaresNews
Waitrose John Lewis BHETA weekly sales Waitrose & Partners John Lewis & Partners Tesco Channel 4 Exclusively Housewares Sainsbury's Christmas bira Horwood BRC Springboard Housewares Magazine Amazon Exclusively Electrical BBC Two Spring Fair BBC One Lakeland Asda Will Jones Salter
© Copyright 2020, Datateam Business Media Ltd. All rights reserved. Registered in England No: 1771113.
Registered Office: 15a London Road, Maidstone, Kent ME16 8LY.
This site uses cookies in order to function properly and to allow us to improve our service. You can learn more about our cookies, their use and how to disable them on our Cookie Page. More information can also be found about our website within our Privacy Policy and Terms & Conditions.Remove this message