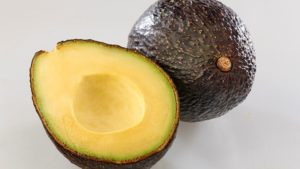 A rare gourmet variety of avocado was exclusively launched by Tesco across the UK on Monday (September 25).

The supermarket chain claimed the GEM avocado, which has natural gold flecks on its outer skin, offers a ‘smoother and creamier taste than regular varieties of avocado because it remains on the tree much longer. It is also slightly sweeter and has a thicker skin, making it easier to scoop out with a spoon’.

The grocer said the launch ‘should cause a stir for the growing number of UK avocado fans, with demand so strong in the last few years that the fruit has even overtaken sales of oranges for the first time ever’. At Tesco, avocado demand as soared by more than 30% in the past year because of the current interest in healthy eating.

Tesco avocado buyer Andrew Pattison said: “Avocados have massively grown in popularity from the days when they were considered a niche food 25 years ago. They have made their way onto British breakfast menus as a trendy and tasty addition to egg on toast.

“This outstanding avocado stands out from other varieties because of its rich taste, melt in the mouth texture, smooth creaminess and slight nuttiness. But it’s also notable for its eye-catching golden lenticels or speckles which appear on the dark skin of the ripe fruit and which make it stand out from other avocado varieties.

“It’s not the kind of avocado you will want to mash up and turn into guacamole but rather show off as a special treat at a dinner party as either an exotic entrée or part of the main dish.”

The GEM, which is licensed by avocado expert Westfalia, will be supplied from a number of countries, but specifically South Africa at the moment. It will be sold ripened and ready to eat in two pack sizes (extra large for £3 and large for £2.75) in around 200 stores across the UK.

Tesco recently sold two other rare varieties of avocado: a mini version called Zilla Eggs and a giant sized one called the Avozilla, which is roughly five times the size of the regular type.