4th March 2017 News Comments Off on Tesco launches its first ever frozen prepped versions of ‘trendy but tricky’ fruit and veg 1,379 Views 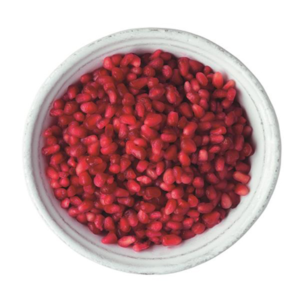 Preparing ‘tricky’ fruit and veg set to get easier for shoppers, according to Tesco.

The supermarket chain said it has launched the first ever frozen prepared versions of ‘some of the trendiest but also trickiest foods to prepare without fuss: pomegranate, beetroot, watermelon and coconut’.

All four of these fruit and vegetable items have become popular recently in recipes and health drinks:

The retailer said its new products will help save time, hassle and reduce food waste, by enabling shoppers to use only what they need and keep the rest in the freezer.

Tesco frozen food buyer Marianne Aitken explained: “Anyone who’s ever tried getting the seeds out of a pomegranate or breaking open a coconut will know how fiddly it can be.

“Our new frozen range is a hassle-free way to help assemble a dish. Frozen fruit options are becoming increasingly popular with shoppers who are looking for simple ways to eat a wide range of fruits, without the preparation time associated with fresh varieties.”

In the last 12 months, demand for Tesco’s bags of ready prepared frozen fruit slices has soared by 35%. And the grocer’s frozen smoothie range, which now includes vegetable and fruit mixes, has seen a near 100% sales increase.

The arrival of these new frozen fruit and vegetable lines follows the launch by Tesco 18 months ago of the UK’s first frozen avocados which are peeled and halved.

All of the new frozen products come in re-sealable packs. The beetroot and coconut are already diced while the watermelon is in chunks and the pomegranate is seeded.