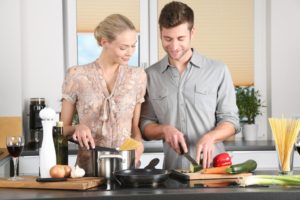 In an open letter to the housewares industry, Alastair said: “You will no doubt already be aware that the Government’s Offensive Weapons Bill intends to restrict the sale of knives in the UK by making it an offence to deliver (certain) knives to residential addresses.

“In my opinion, this action will have no impact on reducing knife crime, as knives are readily available in all households anyway. Knives ordered online, if they are used in a crime, actually offer police a better trail of evidence.

“Sheffield MP Paul Blomfield, has suggested an amendment to the Bill based around a ‘trusted trader scheme’. The details would be set out in regulations (which is itself another opportunity for lobbying) but it would probably involve some registration and/or licensing scheme to be able to retail knives. Hopefully this will be a simple process with a nominal or no fee to the trader.

“The aim is that retailers signing up to this scheme will maintain being able to legally deliver knives to residential addresses. This is probably the best we can expect under the circumstances of a Government seemingly intent on pushing this Bill through.

“Paul’s office has recommended that we suggest to our contacts in the knife selling and making industry that they approach their local MPs and ask them to back his amendment.

“Paul hopes to speak on the matter on October 22 when the Bill is read in Parliament again. MPs wishing to obtain further information can contact Paul’s office via Paula Kelly at paula.kelly@parliament.uk. I would urge you to contact your MP immediately to act on behalf of our industry.”