Survey shows our love for world foods is on the rise

1st March 2018 News Comments Off on Survey shows our love for world foods is on the rise 1,594 Views 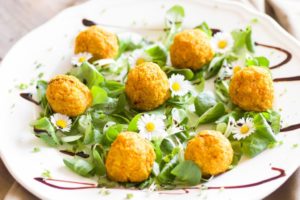 Online food delivery company Deliveroo polled 1,500 Brits and asked them to correctly identify some of the world’s most famous foods – with some surprising, bizarre and often hilarious results.

According to 15% of respondents, the Vietnamese noodle soup pho is in fact a type of exotic fish, while another 10% thought it was the name of a character from the US fantasy drama TV series ‘Game of Thrones’.

The survey also asked Brits to choose from a selection of options what an enchilada might be – and 6% insisted that the classic Mexican dish is actually an animal found in the jungles of South America.

When it comes to the traditional Middle Eastern food falafel, 5% thought it was the name of a Russian poet, while a mechanically-minded 3% were convinced it was a vital component in a jet engine.

The Japanese staple dish of ramen caused confusion too. Some 24% thought it was a religious festival, while 13% thought it was an Egyptian pharaoh – possibly confusing the name with Ramesses.

Fritto misto – the Venetian dish of lightly fried fish – was the subject of misinformation as well, with 12% thinking it was in fact the Italian phrase for a ‘cold and foggy day’. A further 5% thought it was a character from comic series ‘The Adventures of Tintin’, while 4% thought it was the name of a F1 racing driver.

The South Asian dessert of gulab jamun was alternately a Bollywood starlet (16%), a character in the children’s novel ‘The Lion, the Witch and the Wardrobe’ (5%), or an evil nemesis of ‘Dr Who’ (4%). And 12% of Brits thought the Thai hot and sour soup Tom Yum Goong was a form of deadly martial art.

We didn’t fare much better as a nation when it came to identifying the French wine Viognier. Two in ten thought it was a French philosopher, 11% claimed it was a ski resort – a bit like Verbier – and 8% insisted it was a mountain range in the Pyrenees.

But despite the culinary blunders, 86% of Brits said they had international tastes when it comes to food, and a further 73% said they would consider themselves ‘quite knowledgeable’ or ‘very knowledgeable’ about food.

A spokesperson for Deliveroo said: “The results of this research show that while many Britons can’t identify a falafel or an enchilada, our love for world foods is on the rise, with 86% of us now enjoying international food regularly”.

The poll also revealed that the average Brit spends £86 a month on takeaways. London emerged as the takeaway capital, with a typical spend of £107 a month, followed by Edinburgh (£92) and Birmingham (£89).