Store sales make a comeback in May 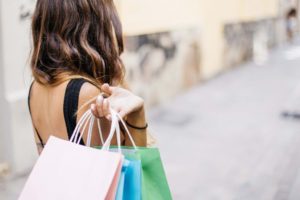 UK retail sales increased by 2.8% in May on a like-for-like basis from May 2017, according to the British Retail Consortium (BRC) – KPMG monthly retail sales monitor.

BRC chief executive Helen Dickinson OBE commented: “Retail sales in May saw their highest growth since January 2014, as better weather and the bank holiday effect led shoppers to buy, recovering some of the ground lost in April. Food sales also stood out with the best single month’s performance since July 2013. Encouragingly, growth was seen across channels as stores made a comeback with their best showing in 16 months.

“The FA Cup Final and Royal Wedding may have got the nation in the mood for celebration but the day itself was a distraction for shoppers, as they stayed at home to watch the festivities. Sales also tailed off once the party was over.

“Despite this more positive set of sales results, the retail environment remains extremely challenging, with trend growth still very low by historical standards. Retailers remain focused on investing in new and exciting shopping experiences for the future, as margins remain tight and the competition fierce.”

KPMG head of retail Paul Martin added: “May provided a much needed uplift to retail performance, delivering a respectable 4.1% growth. Two bank holiday weekends, a royal wedding and, of course, sunnier spells will have been the main drivers behind the apparent rebound, with both online and high street sales thankfully up overall.

“Grocery sales once again continued to be strong, boosted by added enthusiasm for picnics and barbecues. Elsewhere, appetite for non-food categories also experienced a welcome uplift. That said, the picture was less favourable in the larger discretionary categories such as home improvement and furniture.

“While the month’s figures may paint a rosier picture, there is no room for complacency. The market is increasingly being split into winners and losers, with a number of legacy players continuing to face extremely challenging conditions. As such, focusing on transforming businesses – both operationally and financially – is pivotal.”