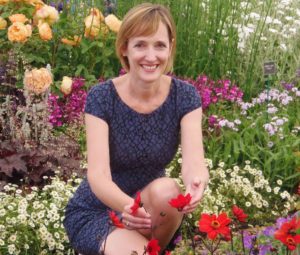 Squire’s Garden Centres has announced the appointment of Sarah Squire as chairman.

She succeeds her father Colin Squire OBE who, after 30 years as chairman and more than five decades in the family firm, takes on the role of chairman emeritus. He remains an active director of the business, with particular focus on developments at each of Squire’s garden centres and the company’s involvement with local communities.

Sarah qualified as a solicitor and specialised in commercial property, before joining the Squire’s Garden Centres 23 years ago. She has extensive retail experience having worked in various roles across the company, from a Saturday girl while still at school to her most recent role as deputy chairman.

She said: “It is a great privilege to take on the role of chairman. I have learned so much from my father and from the many people I have worked with over the years within our business, our industry and beyond.

“I’m inspired daily by the dedicated team I work with and together we share a passion for our horticultural business and our industry. We are also incredibly fortunate to have such great support from our local communities. I’m confident that, although there will undoubtedly be challenges along the way, we can look forward with optimism as Squire’s enters a new chapter.”

The business was founded by D.J. Squire in 1936 as a landscape gardening business which then developed into one of the first garden centre businesses in the UK when Squire’s in Twickenham opened in 1964. Since then the company has remained in the Squire family under the leadership of D.J’s son Colin Squire OBE and now, Colin’s daughter Sarah.