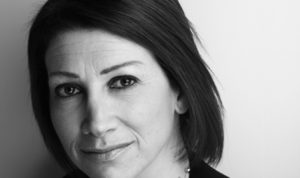 Retail intelligence expert Springboard forecasts that footfall figures will decline on Christmas Eve, despite the annual ‘man-dash’, which is predicted to generate a sales uplift of 2% year-on-year in shopping centres.

Springboard retail insights director Diane Wehrle said: “Given the prevailing economic conditions which have put pressure on spending, and the fact that [this coming weekend] offers consumers an opportunity to travel to their Christmas destinations, we are forecasting that footfall overall will decline on both Saturday (December 23) and Sunday (December 24).”

But Springboard predicts a last minute uplift of 7.8% across the UK up to Friday (December 22), ‘as many shoppers may have left their Christmas shopping until the last minute’. It forecasts that the greatest increase will be in high streets ‘which benefit from the greatest diversity in hospitality outlets as consumers seek to combine shopping with visits to coffee shops/restaurants’.

Forecasts for Saturday – the day that traditionally generates the largest footfall volumes in the year – and Sunday (Christmas Eve) are for a drop in footfall of 2.9%.

This ties in with the trend last week (from Sunday December 10 to Saturday December 16), when retail destinations posted a year-on-year decline in footfall of 7.6% – which is significantly greater than the 2.5% decline in the same week last year.

Springboard attributes this decline in part to snow, which impacted much of the country from Sunday. It adds that this weather will have accounted for some of the 33.2% rise in online transactions (according to PCA Predict), and says it is likely that click-and-collect trips will have helped insulate retail parks from as deep a drop in footfall as high streets or shopping centres.

Retail parks posted a year-on-year decline in footfall of -3.6% from Sunday December 10 to Saturday December 16, compared with -10.1% in high streets and -5.8% in shopping centres.

Springboard added that overlaying the inclement weather are budgetary constraints impacting consumers, ‘which will inevitably lead to shoppers holding out on purchasing to take advantage of even deeper discounts pre-Christmas’.

High streets took on the impact of the weather most, with numbers falling -3.7% week-on-week, whilst footfall rose by 2.9% in shopping centres as these locations are largely protected from the elements. Retail parks posted a week-on-week change in footfall of -0.05%.

Share
Previous Top Drawer launches the Spotted Awards
Next Gift of the Year Awards 2018: shortlist is out