Sold! The smells that will sell your home 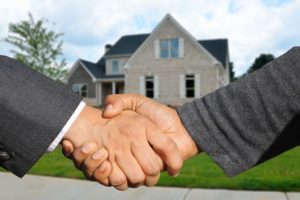 For Brits looking to sell their houses, new research has revealed the smells which could make their properties more desirable to potential buyers.

In a survey of 1,015 adults carried out by household appliances retailer AppliancesDirect.co.uk, 86% of respondents said the smell of a house could be the difference between putting in an offer or not.

When quizzed on which scents would be a welcome surprise when viewing a property, 35% of Brits voted for the smell of freshly baked bread, followed by fresh coffee (32%), clean laundry (29%), fresh flowers (24%) and an open fire (19%).

The most off-putting odour was the smell of pets (67%) followed by cigarettes (62%). An overpowering aroma of cleaning products (45%), a whiff of damp (44%) and the stale contents of a rubbish bin (37%) complete the list of the top five worst smells that respondents could face when viewing a property.

Mark Kelly, marketing manager of AppliancesDirect.co.uk, said: “While the research shows there are some smells that vendors really need to avoid when having viewings, there are some great opportunities to entice potential house buyers by filling the home with desirable scents.

The survey also polled Brits on other features that potential buyers look for when viewing a property. The findings revealed that 72% would be more inclined to put in an offer if the kitchen featured new appliances such as a fridge freezer, cooker and washing machine.

Some 61% of respondents said they would specifically look at the condition of the appliances when considering buying a house, while 45% would expect white goods to come with the house if they were to buy it.