Silverwood pan spotted on Bake Off

1st October 2017 News Comments Off on Silverwood pan spotted on Bake Off 2,436 Views 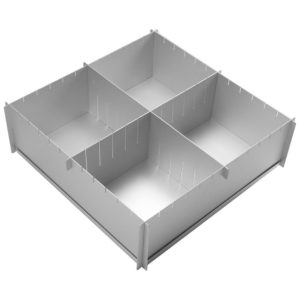 The theme of episode five of the competitive baking series, which aired last Tuesday (September 26) on Channel 4 at 8pm, was Puddings.

The contestants were faced with a ‘signature challenge’ to create a steamed school pudding served with an accompaniment such as a compote or custard.

The ‘technical challenge’ as described as ‘staggering’: because the bakers’ start times for the task were staggered. They were called one by one to make six molten chocolate puddings filled with peanut butter in one hour, and bake them for 10 minutes.

The ‘showstopper challenge’ was an ornamental trifle terrine. This dessert had to incorporate a baked element, a set custard or mousse, and a jelly – and needed definitive layers and textures.

Contestant Steven’s ambitious ‘From Across the Jelly Pond’ trifle terrine earned a round of applause from the judges.

Inspired by the American flag, his bake included a hidden design. It featured a raspberry jelly, coconut sponge, and white chocolate and coconut custard ‘stripes’ – while the ‘stars’ of the flag appeared when the trifle terrine was sliced. They were created by layering blue jelly and then piping rows of ‘stars’ with a white chocolate butter mix.

According to the weekly ‘Bake Off’ blog on Steamer Trading Cookshop’s website, Steven used a Multisize Pan from Alan Silverwood (pictured) to help shape his creation. Made of anodised aluminium, this 12in square pan has adjustable, removable interior dividers so the user can create different sizes and shapes of cakes.

Pastry week is the theme of episode six of the show, which airs on Tuesday (October 3) on Channel 4 at 8pm. The broadcaster has hinted that the bakers will face a tough triple challenge with a savoury signature, a multi-layered technical, and an ambitious traditional pie that ‘pushes them to the edge’.