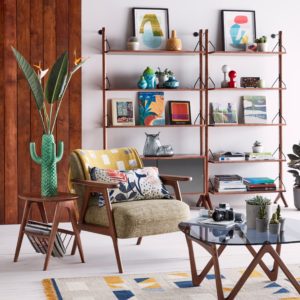 The hottest new instagram craze, the #Shelfie, has prompted an 11% rise in sales of bookcases for John Lewis so far this season.

The department store group said customers are investing in shelving units to display their books and objet d’art, with some posting their displays on social media and hashtagging #shelfie.

John Lewis furniture buyer David Barrett commented: “Bookshelves are making a comeback this year after falling from favour in 2015, when the rising popularity of the e-reader meant that less and less people needed to store books in their homes.

“We’ve seen the reverse in 2017. Customers are falling back in love with the romanticism of collecting books, and are buying beautiful shelves and display units to keep them on.

“We’re also seeing more and more customers wanting to display other decorative items – and a stylish bookshelf works equally well for this.”