Shark and Dyson agree out of court settlement

26th March 2019 News Comments Off on Shark and Dyson agree out of court settlement 4,868 Views 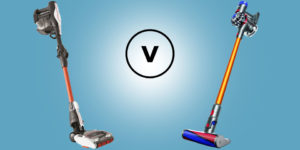 Following an out of court settlement between Shark and Dyson, the housewares companies have issued this joint statement: “Dyson and Shark can confirm that their High Court dispute over certain Shark comparative advertisements has been amicably resolved on confidential terms, the advertising in dispute having been voluntarily withdrawn by Shark in September 2017.”

According to consumer body Which?, Dyson took rival brand Shark to court over what it said were misleading advertising claims about the suction power on its cordless vacuums.

Which said that in both TV and online adverts, Shark claimed that, in a head-to-head between the Dyson V8 and the Shark IF250UKT, the Shark cordless vacuum cleaner sucked more powerfully when on extended run-time (a less-powerful cleaning setting designed to extend battery life). Shark said that this setting is a better measure of performance.

Dyson argued that this was misleading, as its V8 cordless vacuum was more powerful than the Shark model when used on the highest power setting, which it said was the industry standard setting for testing cordless vacuum cleaners.

In a press release issued in January, Shark claimed it sold more corded upright vacuum cleaners in the UK than any other vacuum cleaner company, as of November 2018 – just four years after launching a direct sales business in the UK. Shark said it had a 42% market share in November 2018 based on value of the total upright market, making it the UK market leader.