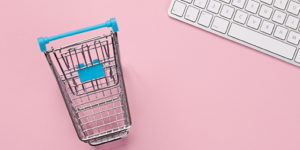 The Index noted: ‘Online sales have faltered since England’s World Cup exit in July and the close of the hot summer. Despite a brief uplift around the August bank holiday, growth fell to a new 2018 low in September. For the third quarter overall, online retail sales growth was up +10.1%. By comparison, in the second quarter it was +17.1%.

‘The sector which felt the brunt of the fall in spending was clothing, which at just +2.2% year-on-year performed significantly below the five-year average for September of +7.4%. Meanwhile Gifts decreased by -23% year-on-year (its biggest drop since March 2010) suggesting that wallets tightened after a high-spending second quarter.’

Meanwhile, the Index for sales via smartphones continued to grow during September, increasing +16.1% on last year. However, growth has slowed considerably against the +55.8% recorded last year, with the market reaching a greater level of maturity. Sales via tablets continue to plummet, hitting -22.5% year-on-year compared with +8.1% last year.

Capgemini principal consultant in retail customer engagement Bhavesh Unadkat commented: “This month’s performance was the lowest growth seen this year. However, it was building on what was a strong performance in September last year (+13%).

“‘Back to school’ and new season launches seem to have had less of a draw for consumers, despite the weather being favourable. The clothing sector saw a drop in online visitation in September, though conversion and basket value increased – suggesting that a smaller customer base is driving sales and shoppers are purchasing more on a needs basis rather than impulse buys.

“Mobile commerce also dropped to a new low of +1.1% in September, following significant decline in the previous two months. Multichannel retailers hit a decline of -11.8% against last year, compared with 8.8% for online-only retailers.”

IMRG strategy and insight director Andy Mulcahy added: “Following such a strong start to the year for online retail sales, the third-quarter has come in notably lower at only +10.1%. A few factors may be influencing this. The strong second quarter, stimulated by events such as the Royal Wedding, World Cup, and heatwave, may have left people with less disposable income in quarter three. However, beyond that, shopper confidence appears to have fallen at a time when numerous retailers are putting out profit warnings and announcing store closures.

“Several retailers have spoken publicly about the scale of discounting that has been active across various retail sites, meaning that the industry is already heavily involved in discounting – before we even get near to Black Friday. The conversion rate was markedly down in September. Could it possibly be that people are already browsing for ideas, in the knowledge that Black Friday will inevitably bring heavier discounts?”

The IMRG Capgemini e-Retail Sales Index tracks online sales, which it defines as transactions completed fully (including payment) via interactive channels from any location, including in-store.

IMRG (Interactive Media in Retail Group) is a membership community that consists of e-retail businesses of all sizes – multichannel and pureplay, SME and multinational – and solution providers to industry. Capgemini bills itself as a global leader in consulting, technology services and digital transformation.