Sales of gin overtake other spirits at Waitrose

16th June 2017 News Comments Off on Sales of gin overtake other spirits at Waitrose 2,274 Views 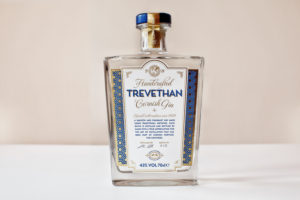 Following World Gin Day last Saturday (June 10), Waitrose has announced that sales of gin have overtaken all other spirits at the supermarket chain, increasing by more than 20% in the past year alone.

Waitrose spirits buyer John Vine said: “It’s no surprise that sales of gin have grown in the past few years. But the fact that sales have now overtaken other spirits shows just how popular it’s become.

“We’re starting to see a change in the way people enjoy their gin, with many sipping it before their meal as an aperitif. That’s why local craft suppliers, who tend to enhance their gin with unique flavours and aromas, really appeal to our customers.”

The retailer has just introduced a new local gin to its portfolio. It is the first supermarket to start stocking Trevethan Cornish Gin (70cl; £39.50) in its shops.

The drink is handcrafted by family friends Robert Cuffe and John Hall just a few feet away from Waitrose’s Saltash branch in Cornwall.

The beverage was created using a traditional family recipe perfected by Robert’s grandfather in the late 1920s, which features botanicals sourced from hedgerows in the Cornish countryside. Each bottle is hand-signed by head distiller John.

Trevethan Cornish Gin was launched at Waitrose’s Saltash and Truro

stores on June 8, followed by Okehampton and Holsworthy from June 15.

John Vine said: “We were really impressed with Trevethan Cornish Gin’s smooth but distinctive taste and are confident that it will become a popular addition to the rest of the artisan gins we sell.”

He added: “We’ll be introducing a number of other craft gins to our shops in the coming months and are also on the lookout for some craft tonics to go with them too.”

For the week to last Saturday (June 10), sales of spirits rose by 23% across the Waitrose portfolio. Craft beer was another area of growth, with sales up by 11%.

Hospitality sales also increased by 7%, with more customers heading to Waitrose cafes for food and drink.

Waitrose operates 355 shops in England, Scotland, Wales and the Channel Islands, including 65 convenience branches, and another 27 shops at Welcome Break locations.

The company also exports its products to 58 countries worldwide and has seven shops which operate under licence in the Middle East.