Sainsbury’s unveils next stage of plans for Argos and Habitat

13th April 2017 News Comments Off on Sainsbury’s unveils next stage of plans for Argos and Habitat 1,990 Views 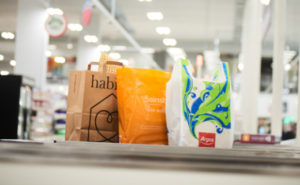 At 76,000sq ft, the supermarket at Kiln Lane in the Surrey town of Epsom is one of the largest in the retailer’s estate, with more than 90,000 products and a range of services under one roof.

Alongside the 2,100sq ft Argos Digital store, the store includes a 1,790sq ft Mini Habitat concession which also opened today, giving customers the opportunity to buy Habitat products both in-store and via in-store iPads. This is the seventh Mini Habitat to open, following the launch in Nine Elms, London, in October 2016.

The openings mark a milestone in the retailer’s strategy to be a multi-product, multi-channel retailer.

Sainsbury’s has moved fast to open 50 Argos Digital stores since its acquisition of Argos and Habitat seven months ago, and has committed to opening 250 over three years.

Argos announced today that it plans to transform 60 existing stand-alone Argos stores to the new digital format by next March. This will mean that over a third of the Argos store estate will be digital in a year’s time. Argos digital collection points are also available to customers in 90 Sainsbury’s stores for customers to ‘click & collect’ Argos parcels.

In addition, Sainsbury’s has revealed plans to open a further 10 Mini Habitats stores in its supermarkets during this financial year.

Argos chief executive officer John Rogers said: “The opening of our 50th Argos Digital store just seven months after we acquired the company shows we are moving ahead at pace with our strategy.

“Our cutting-edge digital capability is a core strength of our business and our decision to transform 60 Argos stores moves our strategy on further.

“Customers increasingly appreciate the benefits of shopping at both Sainsbury’s and Argos under one roof and there is a clear uplift of 1 to 2% on sales from Argos customers shopping for Sainsbury’s food, general merchandise and clothing products.

“Argos Digital stores located in Sainsbury’s supermarkets that have been open for more than a year are delivering 20 to 30% like-for-like sales growth.”

John noted that over half of all Argos sales originate online. “Its leading digital capability is an important differentiator and is key to its future strategy,” he said.