Sainsbury’s celebrates ‘Every Bit of Christmas’ in 2017 campaign 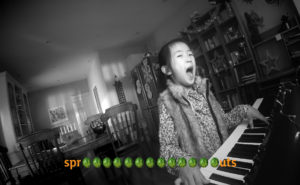 In a departure from the supermarket chain’s traditional ‘Christmas special’, this year’s creative is an extension of the retailer’s year-round campaign, launched in January, which celebrates the ways that the nation ‘lives well’ and the joy of food.

“Every Bit of Christmas” commemorates the many ways that Brits ‘live well’ over the festive season. Staying true to the year-round creative, the campaign is filmed in black and white and shot on location in London, Cardiff, Manchester and Glasgow.

The cast features 200 members of the public, plus three Sainsbury’s staff members, singing about the things that help them to ‘live well’ at Christmas, from Brussels sprouts and pigs in blankets to novelty socks and ripped paper hats. It also includes cameos from actor Ricky Tomlinson (best known for his role as Jim Royle in ‘The Royle Family’) and Muppet character Kermit the Frog.

Laura Boothby, head of broadcast communications at Sainsbury’s, said: “‘Living well’ has been at the heart of our advertising all year and there is no better time to celebrate that than at Christmas. There are so many rituals and moments that make each person’s Christmas special, and we wanted to feature as many of these as possible.”

The campaign launched with a 90-second spot which aired for the first time last Sunday during ‘The X Factor’ on ITV1, and was shared simultaneously across the retailer’s social channels of Facebook, Twitter, Instagram, YouTube and Snapchat. Throughout the festive period, a variety of films and social content will run across broadcast, print, social media, audio, digital display and outdoor advertising.

The campaign was directed by We Are From L.A, the French directing duo famed for making Pharrell Williams’ ‘Happy’ music video. It centres around an upbeat, festive song with lyrics that feature some of the things that make up a typical modern Christmas in the UK. Research commissioned by Sainsbury’s revealed that cracker jokes and losing the end of the sticky tape topped the list.