25th March 2019 News Comments Off on Sainsbury’s and Asda commit to £1bn of grocery savings and fuel cap 1,258 Views 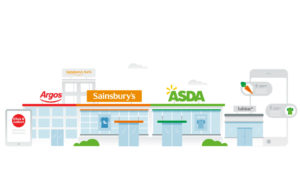 Sainsbury’s and Asda have recently submitted to the Competition and Markets Authority (CMA) their responses to the CMA’s Provisional Findings and Notice of Proposed Remedies.

In a joint statement, the supermarket chains said: ‘Sainsbury’s and Asda strongly disagree with the CMA’s Provisional Findings and have found the CMA’s analysis of their proposed merger to contain significant errors.

‘This is compounded by the CMA’s choice of a threshold for identifying competition problems that does not fit the facts and evidence in the case and that is set at an unprecedentedly low level, therefore generating an unreasonably high number of areas of concern. In their detailed response to the Provisional Findings, Sainsbury’s and Asda have sought to address these economic and legal errors.

‘Sainsbury’s and Asda have also responded to the Notice of Proposed Remedies by outlining supermarket and petrol forecourt divestments across both brands that would satisfy reasonable concerns regarding any substantial lessening of competition as a result of the merger by applying a conservative yet reasonable threshold.

‘In addition, Sainsbury’s and Asda have made the following post-merger commitments:

‘The two businesses are proposing to merge so that they can lower prices for customers in an increasingly competitive market, while improving quality and service. They will create cost savings in three ways: by securing lower purchasing prices from suppliers, predominantly by paying the lower of the two prices that Sainsbury’s and Asda currently pay large suppliers for identical products; by putting Argos stores into Asda; by jointly buying shared goods and services and reducing central costs.

‘Sainsbury’s and Asda have given the detail of their estimated £1.6 billion cost savings to the CMA. This allows them to fund the £1 billion customer price commitment while also delivering on the commitments to shareholders of £500m of net synergies, low double digit ROIC (return on invested capital) and double digit EPS accretion by the end of the second full financial year.

‘Sainsbury’s and Asda strongly encourage the CMA to recognise that there is a clear benefit to consumers from combining the two companies, improving the cost of living for millions of UK households to the tune of £1 billion pounds annually.’

Sainsbury’s chief executive Mike Coupe and Asda chief executive Roger Burnley said: “We are trying to bring our businesses together so that we can help millions of customers make significant savings on their shopping and their fuel costs – two of their biggest regular outgoings.

“We are committing to reducing prices by £1 billion per year by the third year which would reduce prices by around 10% on everyday items. We are happy to be held to account for delivering on this commitment and to have our performance independently reviewed and to publish this annually.

“We hope that the CMA will properly take account of the evidence we have presented and correct its errors. We have proposed a reasonable yet conservative remedy package and hope the CMA considers this so that we can deliver the cost savings for customers.”

The CMA is expected to publish Sainsbury’s and Asda’s responses to the Provisional Findings and Notice of Possible Remedies in due course. Final Report is expected by April 30.

Share
Previous Sir David Attenborough to present climate change film for BBC One
Next Fiona Cairns: from baking to beauty