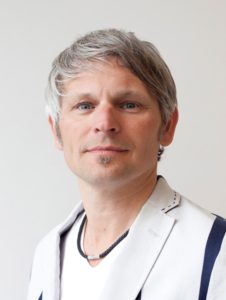 The Netherlands is the Partner Country of German trade show Ambiente for 2018 – and Dutch designer Robert Bronwasser has been chosen to create the annual Partner Country presentation.

The trade exhibition, which will be held in Frankfurt from February 9 to February 13, is organised by Messe Frankfurt.

Detlef Braun, member of the board of management of Messe Frankfurt, said: “The Netherlands is a country which is known for its outstanding design and which is both minimalist and experimental, while also being innovative and unconventional. This is exactly what we aim to show the audience of visitors and exhibitors from all over the world at the next Ambiente.”

Curated by Amsterdam-based Robert, the Partner Country presentation will cover a wide range of products from Dutch exhibitors.

Robert is an industrial designer with 25 years of professional experience. He has designed hundreds of products and won several IF Awards, Red Dot Awards, GIO Awards and Interior Innovation Awards. He was also Ambassador of Dutch Design Week 2012. His commercial and non-commissioned work is regularly on show at international fairs and design exhibitions.

In addition to the presentation, Ambiente will hold a Partner Country Day organised by Dutch exhibitors, who will invite visitors to a variety of events. The Day will be rounded off by a reception, when the Partner Country for 2019 will be announced.

This year Ambiente attracted 4,460 exhibitors from 94 countries, who showcased their products and services across 308,000sq m of gross exhibition space. Ambiente focuses on consumer goods for ‘Dining, Living and Giving’ including kitchenware, cookware and tabletop.

The Netherlands is Ambiente’s seventh partner country. It follows Denmark, France, Japan, the USA, Italy and the UK.