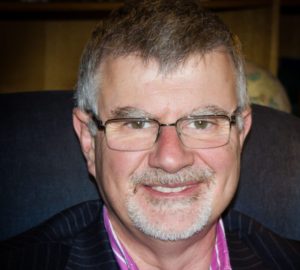 Rainy Day Trust ceo Bryan Clover is embarking on a hiking marathon next month to raise funds for the industry charity’s apprenticeship programme.

He said: “On June 21, I will be undertaking a non-stop 24-hour hike, aiming to cover between 100km of The Ridgeway [an ancient trackway described as Britain’s oldest road that extends from Wiltshire to the River Thames], starting west of Marlborough and finishing north-east of Oxford. That’s aiming at over 60 miles in one go, non-stop.

“I’m doing this hike to draw attention to our apprenticeship programme and raise awareness of the fact that working as an apprenticeship is a 24 hour job – because studying picks up where work placements leave off.

“If you could consider supporting the hike, we would be incredibly grateful – 100km in one day is going to hurt – a lot! Lawsons Builders Merchants is on board as our lead sponsor, but we need as much help as we can get, because in April alone we helped 50 apprentices, which is an all-time record.

“We’re looking for as much sponsorship as possible to support the apprentice programme as it expands. This programme is vital to give younger people the start in life that they deserve, so please dig deep and sponsor the walk.”

To sponsor Bryan, go to https://www.justgiving.com/fundraising/rainyday100