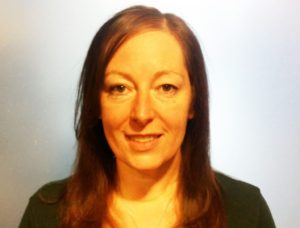 The Rainy Day Trust (RDT) has appointed Sarah Ravenscroft as the charity’s first ever fundraising manager.

Sarah joins with a background in the charity sector, having worked for a regional building preservation trust and cancer charity before leaving to work freelance as a fundraiser, project manager and event organiser. She started her career working on community and economic development projects in the north-west.

Commenting on her appointment, RDT ceo Bryan Clover said: “We’re delighted that Sarah is joining our small team. She brings a wealth of experience from a community fundraising perspective, and will be central to our efforts to grow the charity and deliver the help that people from the home improvement world so desperately need. The RDT is now set for a period of sustained growth and development, about which we are all extremely excited.”

Sarah took up her appointment in January and will be at the Spring Fair on RDT’s stand in Hall 9 (A57).

Sarah said: “The Spring Fair is perfect timing for me, as it means I can hit the ground running, meeting people in housewares and DIY.” She can be contacted via the main RDT number on 0121 237 1132 or at sarah@rainydaytrust.org.uk.

RDT operates across three sectors (builders merchants, DIY & hardware and housewares & tabletop) which have a combined turnover of more than £50 billion and employ close to 500,000 people. It is the only charity which exists solely to help people who have worked in these industries, including DIY shops, hardware stores, builders merchants, garden centres, cookshops, and all the manufacturers, distributors and retailers in the UK who supply them.