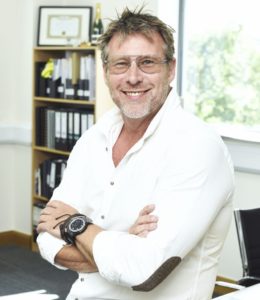 Housewares retailer ProCook is celebrating after scooping a prize at the ECMOD Direct Commerce Awards 2018.

For the third consecutive year, ProCook has won the Annual Sales of £15 million – £30 million B2C category of the Awards, which are run by Direct Commerce magazine.

Founder Daniel O’Neill said: “We’re delighted to win a Direct Commerce award for the third year in a row. We’ve made strong progress again this year, and to receive this honour again is recognition of all our hard work. We’re extremely proud to have taken home this prize, and want to thank our entire team for their incredible efforts.”

Overall sales for the financial year 2017/18 were up 20% including a 10% like-for-like increase, taking the total revenue for the business to over £25 million.

The retailer attributes the growth to a strong performance by its ecommerce channels which grew by 43%. ProCook has an established online presence in Germany, and entered the French market via Amazon.fr in April 2017. It also began shipping to six further European countries towards the latter half of 2017.

The company said it has ‘worked hard to address challenges being faced across the retail sector’, opening seven new stores during the period, which contributed to an overall sales increase of 11%.

CEO Stephen Sanders noted: “This strong level of progress is particularly pleasing after a very tough first quarter which saw overall growth at only 5% and -3% like-for-like. It shows the ongoing strength of the brand and justifies the investment across the whole of the business.”

Founded over 20 years ago, ProCook bills itself as a retailer that supplies high quality kitchenware and diningware, with savings of up to 50% compared with other leading brands, achieved by producing and delivering products direct to the customer with no middleman.

ProCook designs and manufactures around 1,500 exclusive products that span the cookware, kitchen accessories and tableware categories. It is headquartered in Gloucestershire and operates 32 stores in the UK.