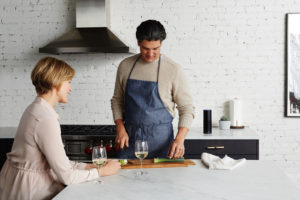 Sales clocked up by Amazon yesterday (July 11) during its third annual Prime Day event surpassed Black Friday and Cyber Monday globally, making it the biggest day ever in Amazon history.

The 2017 event grew by more than 60% compared with the same 30 hours last year, and sales growth by small businesses and entrepreneurs was even higher.

More new members joined Prime on July 11 than on any single day in Amazon history, and tens of millions of members made a purchase on Prime Day 2017: more than 50% higher year-on-year.

Prime Day 2017 was also the biggest sales event ever for Amazon devices in the US and around the world, including record sales for Echo, Fire tablets and Kindle devices.

Top sellers from around the world, excluding Amazon devices, included many housewares products such as:

One of the fastest Amazon Prime Now deliveries on Prime Day was an Amazon Echo which was ordered at 14.46pm, sent out from Amazon’s Erdington delivery station in Birmingham and delivered at 15.00pm to a postcode in Sutton Coldfield – taking just 14 minutes and 8 seconds from click to delivery.

Budding chefs bought more than 52,000 kitchen items including 16,000 pieces of cookware, and green-fingered Brits ordered over 12,000 seeds and plants. More than 232,000 home improvement products were also bought, with over 37,000 power tools ordered

Amazon UK country manager Doug Gurr said: “Prime members in the UK loved Prime Day. In fact, the day was our biggest of the year so far and by 9pm, customers had already ordered more items than Prime Day last year.

“It’s great to see that the positive customer feedback on Prime Day coincides with the announcement that we rank first in the UK for customer satisfaction in the latest UK Customer Satisfaction Index, the fourth consecutive time that Amazon.co.uk has topped the Index [see separate story].”