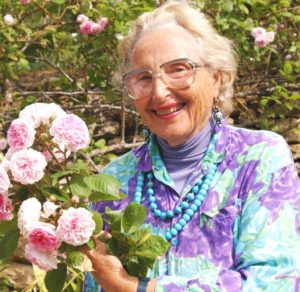 Tableware manufacturer Portmeirion will pay homage to its founder Susan Williams-Ellis with a dedicated display at the Victoria and Albert Museum in London later this year.

The free display, entitled ‘Portmeirion: Pottery Trendsetter’, will open on October 31 and run for nine months until July 28. It will follow the celebrated ceramic designer’s journey and work throughout the decades.

Following Susan’s marriage to Euan Cooper-Willis in 1945, the couple moved to Wales and took control of her father Sir Clough Williams-Ellis’ souvenir shop in the village of Portmeirion. This ignited the duo’s flair for business, which would see them launch the Portmeirion pottery factory at Stoke-on-Trent in Staffordshire in1960.

In 1963, Susan’s futuristic designs put Portmeirion on the map, with the introduction of its abstract relief-moulded Totem range.

Portmeirion’s creative director Julian Teed said: “It was an absolute honour to have worked with Susan for so many years, witnessing first-hand her wonderfully creative mind at work. “Susan’s vision was to create affordable and beautiful products for the home to be cherished for years to come, and she succeeded greatly at achieving this.

“The factory and village were an extension of Susan’s family. She never switched off. On many occasions, Susan could be found in the factory at night taking cups of coffee to those on the night shift. She surrounded herself by the things she loved most in life: design, her pets, flowers, and all the people who worked with her.”

Showing no signs of slowing down, Susan continued to experiment with her designs, leading to the creation of Botanic Garden, which remains one of the company’s best-selling patterns.

Inspired by the hand-coloured herbal book, ‘The Universal, or Botanical, Medical and Agricultural Dictionary’ by Thomas Green, Susan used a uniform leaf border on each product and created individual motifs for each piece in the collection.

The late Susan Williams-Ellis said: “I remember when we first launched Botanic Garden. At that time, you might have had dessert sets which had different patterns on each plate, but for the traditional tableware setting, everything had to match. I thought: ‘Why can’t we have different patterns all within one collection? The department store buyers in 1972 said no-one would stock it as there were too many designs – and no-one would want to buy it as it didn’t match. I think I proved them all wrong!”

A new video from Portmeirion called ‘Defining Moments with Botanic Garden’ can be viewed here: https://www.facebook.com/PortmeirionUK/videos/1925733774117280/

For more information on the V&A display visit: https://www.vam.ac.uk/event/p7NwDV0M/portmeirion-pottery-trendsetter