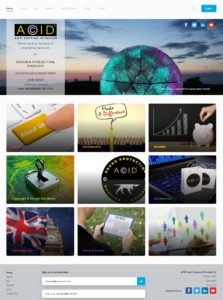 ACID is ramping up its fight against copying with a high profile feature on its new website, which launched this week.

ACID (Anti Copying In Design) is a trade association for designers and manufacturers that is committed to fighting design theft.

The new website includes a section called ‘ORIGINAL OR COPY? SPOT THE DIFFERENCE!’. ACID is inviting designers to email examples of their original work (with evidence of their design’s origination such as registered design or signed and dated drawings) along with ‘lookalikes’ to be considered for publication.

The aim of the section is ‘to heighten awareness about those who take the fast track to market by producing lookalikes of originals’.

ACID explained: ‘Imitation isn’t flattery if it costs you your business! Morally and legally, it has to stop. For too long designers have felt helpless against copyists – especially if the copyists are big companies – because design law is so complex.

‘We want designers to send us their examples, which we will carefully consider adding to this site to raise awareness about the increasing number of lookalikes appearing in the marketplace – and highlight through social media for you to judge.’

ACID continued: ‘The culture that it is alright to steal designs can be based on arrogance, ignorance or greed. But, quite simply, it has got to stop. Sometimes, the strategy of large organisations is to change the design so it’s very difficult to legally challenge – but at the same time it’s clear that there was an intent to copy. We’re at the frontline, working towards design law reform, helping our members protect their precious IP (Intellectual Property).’

Matching this more aggressive approach to copying, ACID has extended its ACID Brand Enforcement Services for SMEs to include support for both online and offline IP infringement.

Meanwhile, the ACID Design Databank continues to grow. Currently holding evidence of over 300,000 submitted designs, it provides secure and uniquely numbered reassurance to brand owners that their IP is held in a secure portal endorsed by the Police Intellectual Property Crime Unit.