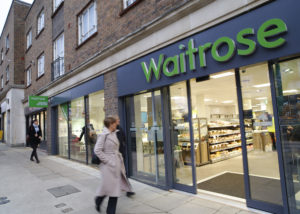 Waitrose has reported a 5.5% rise in total sales excluding fuel for last week (to Saturday June 24) compared with the same week last year.

He commented: “Customers enjoyed time outdoors with sales of suncare rocketing by 195%. Ice cream sales were up 66% and our Food To Go range had its biggest ever week, with sales up 21%.”

The sunshine also saw shoppers opt for fresh produce. Sales of salads were up 20%, along with salad dressings, which rose 21%.

Mike added that beer, wine and spirits had “another strong week” with sales up 16%. Pimm’s was particularly popular, up 326%, along with ready-to-serve alcoholic drinks, which were up 97%.