Paul Hollywood to star in his own baking TV show

21st April 2017 News Comments Off on Paul Hollywood to star in his own baking TV show 3,396 Views 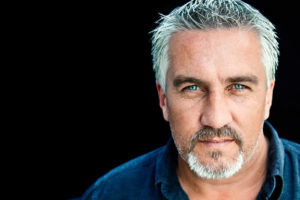 Paul Hollywood has agreed to host a new TV series for Channel 4 with the working title of ‘A Baker’s Life’.

The highly acclaimed baker and media personality rose to fame as a judge on multi-award- winning TV series ‘The Great British Bake Off’, which has moved from the BBC to Channel 4.

He is the only member of the on-screen team who has stayed with the show. When the eighth series airs in the Autumn, Paul will be joined by a new trio: chef Prue Leith, presenter Sandi Toksvig OBE and comedian Noel Fielding.

Commenting on ‘A Baker’s Life’, Channel 4 said: ‘This series will allow viewers to get to know the real Paul Hollywood who, following in the footsteps of his father and grandfather, has always earned his crust through baking bread.’

Travelling down memory lane, Paul will visit the kitchens that inspired him and the chefs who taught him. From his Merseyside roots to the Bake Off tent, he will be cooking some new treats and reminiscing over the recipes that represent pivotal moments in his life.

The broadcaster continued: ‘Not only will the series showcase the skills and expertise Paul has mastered, but it will allow viewers to get to know more about the man himself.’

The five hour long episodes will be made by Love Productions, the team behind ‘The Great British Bake Off’, who sold the rights to the show to Channel 4 last year.

‘A Baker’s Life’ was commissioned by Channel 4 head of factual entertainment Kelly Webb-Lamb, who said: “The new series will feature Paul’s irresistible recipes and offer insight into the man from Merseyside whose baps and bloomers have made headlines.

“Love Productions and Paul are already a tasty combination. But we are delighted to be able to give the audience a fresh insight into Paul’s life before Bake Off, and how he became the brilliant judge he is today.”

Love Productions creative director and executive producer Richard McKerrow added: “Paul’s credentials as one of Britain’s most knowledgeable bakers are beyond doubt. How he came to become such a great baker, with a passion for everything to do with baking, is a fascinating story that hasn’t been told. We’re excited to be working with Paul and Channel 4 to tell that story.”

Share
Previous Cooking and dining sales up 16% at John Lewis
Next Jo Brand to return to host ‘The Great British Bake Off: An Extra Slice’