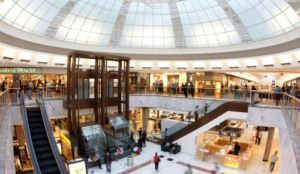 Housewares designer Orla Kiely is due to open a pop-up store this month at Brent Cross shopping centre in north London.

This will be the first shopping centre store for the Dublin-born designer, whose collection of homeware, womenswear, accessories is now a worldwide brand.

The pop-up will run for six months, taking a 2,074sq ft store in mall five, alongside fashion brands Jigsaw, All Saints, Hobbs and Reiss.