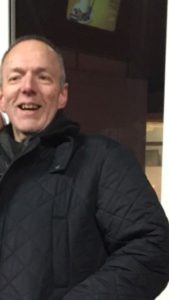 Mitch Cohn, director of Essential Housewares, passed away on February 18 2019  surrounded by his family, following a 10-month battle with cancer.

Mitch started his career in 1985 as a trainee manager working alongside Keith Sherman at Heritage Housewares: an importer and distributor of JG Durand & Co, a French manufacturer of glassware. Learning the trade very quickly in all aspects of the importing business, Mitch was made a director in 1990.

Having a young family, he took the decision to launch Essential Housewares jointly with Keith in 1993, distributing disposable housewares. The pair started with a number of barns in a farmyard in Hertfordshire, and moved to larger premises on two more occasions, before locating to Essential Housewares’ current site – a purpose-built 35,000sq ft warehouse in Dunstable, employing a total of 35 loyal staff – in 2005.

Mitch’s passion for driving fast cars was the reason he always wanted to host a go karting event for the company’s Christmas do. If not spending time with his family, he was working – as demonstrated by the number of emails he sent every evening before the next working day!

Described by many as a true gentleman, Mitch is sorely missed by all that knew and worked with him – none more so than his business partner Keith, who said it was an honour to have been his wingman for 34 years.

Mitch also had a life-long battle with Crohn’s disease and his children have set up a JustGiving page in his memory at www.justgiving.com/MitchCohn to raise funds for the charity Crohn’s & Colitis UK.