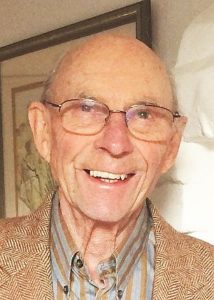 Michael Cato, former managing director and chairman of the London hardware and housewares chain William Cato & Sons, died at St Richard’s Hospital in Chichester, on December 26. He was 84.

He ran the family firm with his cousins Tom and Richard Cato, and built it to a chain of 15 shops, mostly small high street units, with turnover peaking at close to £5 million. In the late 1980s they developed a new and much larger Cato Homecentre format, targeting up-market ‘lifestyle’ shoppers, and then in late 1990 they sold the business to Robert Dyas.

“Michael loved listening to people,” said his widow Helen. “He seldom got through a day without making a new friend, and making other people happy. Chronic Obstructive Pulmonary Disease (COPD) is a terrible disease but he fought it with the same sense of purpose that he used to run his business, hit a cricket ball, or score a goal up until his 60s.”

The funeral was held at Chichester Crematorium on January 26, and Helen has set up a fund for the Emergency Floor at St Richard’s Hospital, where Michael spent his last few days.

“One of his family could stay with him overnight, and several visitors came throughout the day,” she said. “All of the caregivers at St Richard’s showed him and his visitors great respect. Their unstinting attention, professional and compassionate was a blessing both to Michael and to his very large family. That they were understaffed due to the Christmas holiday made no difference to their high standards. We want them to know that they made a very hard time so much easier for Michael and his family.”