New words added to the vocabulary of eating green

3rd June 2019 News Comments Off on New words added to the vocabulary of eating green 1,144 Views 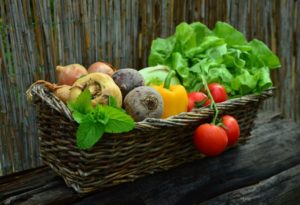 With millions of people in the UK following a vegetarian diet, and increasing numbers turning vegan, the vocabulary used to describe all things plant is also expanding.

To celebrate National Vegetarian Week, which ran from May 13 to May 19, the Collins English Dictionary revealed some of its latest additions:

–aquafaba: water in which pulses, especially chickpeas, have been cooked, used in vegan cookery as a substitute for egg whites;

–Veganuary: an annual event that encourages non-vegans to adopt a vegan diet during the month of January;

–plant-based: using foods and materials derived from plants rather than animals;

–seitan: a foodstuff made from the gluten of wheat, used especially as a substitute for meat;

–veganize: to adapt (a recipe or dish) to make it suitable for vegans;

–veganaise or vegannaise: a thick sauce made from veɡetable oil, plant milk, and vinegar or lemon juice, used as a vegan substitute for mayonnaise;

–TVP: abbreviation for Textured Vegetable Protein: a protein obtained from soya beans or other vegetables that have been spun into fibres and flavoured, that is used especially as a substitute for meat.

The following terms that are currently under consideration for inclusion in the Dictionary:

–vegangelist: an enthusiastic vegan who attempts to convince other people to become vegan too;

-vegan-certified: (of a product) having a logo certifying that it has been approved by the Vegan Society as adhering to vegan principles and is safe for vegans to consume;

-tofurkey: vegan alternative to turkey made from vegetable protein;