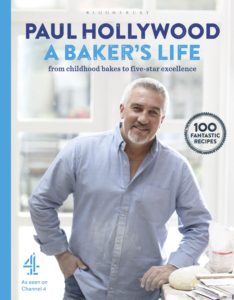 Channel 4 has revealed that a new series fronted by celebrity baker Paul Hollywood will make its debut in November.

Entitled ‘A Baker’s Life’, the four-part series is being made by Love Productions – the company behind  ‘The Great British Bake Off’, in which Paul stars as a judge.

Love Productions creative director and executive producer Richard McKerrow said: “Paul’s credentials as one of Britain’s most knowledgeable bakers are beyond doubt. How he came to become such a great baker with a passion for everything to do with baking is a fascinating story that hasn’t been told. We’re excited to be working with Paul and Channel 4 to tell that story.”

Channel 4 added: ‘This series will allow viewers to get to know the real Paul Hollywood who, following in the footsteps of his father and grandfather, has always earned his crust through baking bread.

‘Travelling down memory lane, Paul will visit the kitchens that inspired him and the chefs who taught him. From his Merseyside roots to the Bake Off tent he will be cooking some brand new treats and reminiscing over the recipes that represent pivotal moments in his life. Not only will the series showcase the skills and expertise he has mastered, but it will allow viewers to get to know more about the man himself.”

A tie-in book to accompany the series, which contains 100 recipes, will be published on November 2. Paul commented: “Each chapter is filled with bakes that represent a different decade in my life, from learning the basics in my father’s bakery, to honing my pastry skills in some of the finest hotels around the world.

“The book includes recipes that I have been baking at home for years, including favourites such as garlic baguettes, chorizo & chilli Scotch eggs, my mum’s ginger biscuits and a gorgeous hazelnut cappuccino cake. I have also included photos from my family albums and some professional insights into what makes a great baker.”