New foodie and home shows coming soon to BBC One 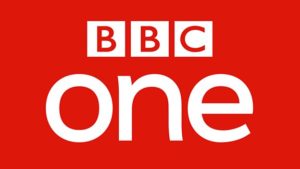 BBC One has revealed details of new factual and factual entertainment daytime programmes planned for this winter, with the focus on food, homes and product inventions.

Over 10 episodes, the duo will showcase ‘the ultimate festive food experience’. The broadcaster said: ‘They will prepare dishes and their accompaniments worthy of the Christmas table.’

The first dish will range from ‘show-stopping dishes to quick but tasty recipes’ for last-minute festive entertaining. The second dish will be inspired by an ingredient which epitomises the 12 tastes of Christmas for the hosts. The final dish will be a recipe close to the heart of the celebrity guest who appears in each episode.

In ‘Home Is Where the Art Is’, presented by Nick Knowles, amateur artists will compete to win a special new commission for one paying homeowner. Over 15 episodes, three artists – whose skills range from painting, metal work and embroidery to woodcarving and ceramics – will get to snoop around a Mystery Buyer’s home to work out who they are and what they might like, based on their personal belongings and the brief they’ve left behind, before pitching their ideas.

If the artists are successful and correctly identify each Mystery Buyer’s taste and personality, it could help them formulate ideas that will appeal to the Mystery Buyers. But if they fail, it could cost them the commission.

‘The Customer Is Always Right’ follows three budding entrepreneurs, all in their first year of starting, as they try to make a success of their inventions. These range from home and garden tools and pet accessories to health and beauty products and children’s gadgets.

Over 15 episodes, audiences will hear about the inspiration behind the inventors’ creations and the sacrifices they’ve had to make in getting their dream items funded and brought to market.

Crucially, their new products will be tested on the people who are most important – the customers. A cast of returning customers will road test the products and share their thoughts on the items’ design, practical use and selling price. They will deliver their assessments before scoring each product. And because the customer is always right, they will pick the winner.

In the 20-part series ‘The Best House In Town’, proud homeowners who go the extra mile to make their houses stand out from the crowd will compete to be The Best House In Town. Judged by their ‘nosy neighbours’, this competition will celebrate the best of British ingenuity and creativity.

Set in a new location around the UK each week, the 20-part series is billed as an invitation to go behind the doors of the some of the most interesting homes across the country.

Dan McGolpin, controller of BBC Programming and Daytime, said: “We’re creating a new generation of daytime television programmes for BBC One. They are modern, accessible and relevant to viewers all around the UK.”