Nation resolves to foodprep for the New Year

25th January 2019 News Comments Off on Nation resolves to foodprep for the New Year 1,262 Views 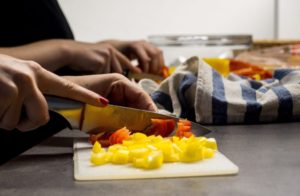 With the New Year now in full swing, research has shown that Brits are striving to start 2019 on a healthy path with their food habits.

A survey of 1,009 UK adults carried out in January by household appliances retailer AppliancesDirect.co.uk reveals that more than half (56%) of Brits intend to prepare their meals in advance for the week ahead.

A total of 41% of respondents mentioned ‘saving money’ as the number one reason for doing so. Almost a third (32%) said they find preparing meals in advance is healthier and that’s why they choose to do it, while 29% cited helping reach their fitness goals as their main motive. And more than 1 in 5 (22%) believe following this practice saves time in the long run. This was followed by a further 19% who said prepping their meals in advance means they are less likely to throw away food in the fridge.

The research claims this will save consumers £27 and three hours’ worth of time on average over the course of a typical month.

Mark Kelly, marketing manager at  AppliancesDirect.co.uk, commented: “The New Year is a great opportunity for the nation to start the year on the right track, and the research shows just how many of us are doing this with our food consumption.

“It’s clear to see that people are making healthier choices as a result of preparing meals in advance. But, as the research shows, it also helps to save on the amount of food that is thrown out, as well as being very cost-friendly.

“There are a number of affordable options out there, from juicers, air fryers, food processers and soup makers, so that it is more convenient for Brits to prepare their food ahead of time; so there’s no need to worry about cost after the expense of Christmas.”

According to the survey, those aged 25 to 34 are the most likely to meal prep, with 39% professing to do so.