What More UK products hit the big (and small) screen 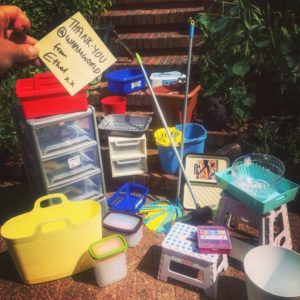 At the end of July a news story on www.housewareslive.net grabbed the attention of the What More UK team.

The story revealed that a short film starring BAFTA-award winning actress Miriam Margolyes OBE which explores Alzheimer’s disease was due to start filming – and the production company behind the project was calling on housewares brands to take part.

‘Ethel’ is inspired by the real-life experience of an elderly woman with Alzheimer’s and highlights the effect that the illness has on loved ones and the vulnerability it causes in sufferers.

What More UK marketing & product development manager Adam Wilkinson said: “Contacting the producer to discuss the film, it was clear this was a project we could easily help with, by donating products from across various ranges to help prop Ethel’s flat in the film.

“The film was shot in August and a wide selection of products across various What More UK ranges were donated for the project.”

Other housewares brands that signed up to provide items include Simplehuman, Auteur with Bobble, Microplane, Stasher, The DRH Collection with BIA and GreenPan.

Adam added that in early August, another production company got in touch with What More UK to request various products for ‘The Circle’.

This is a new reality series on Channel 4 which launched on Tuesday (September 18) and is airing six nights a week, over three weeks, in a prime-time slot,

The show sees players compete for popularity, and cash, via a specially-designed social media platform called The Circle. The contestants are constricted to an apartment block and interact with each other exclusively through The Circle.